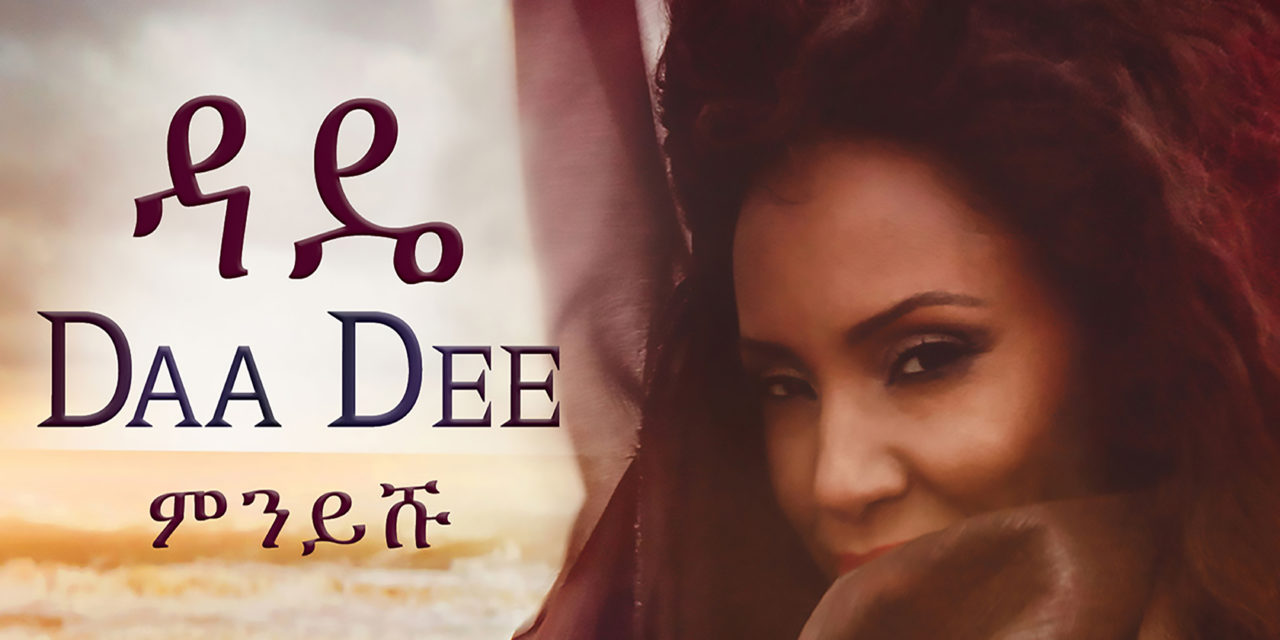 ‘Daa Dee’ is the new 13-song studio album from Ethiopian siren Minyeshu Kifle Tedla, aka Minyeshu; a hypnotic and modern hybrid of Ethiopian grooves and melodies, delicately mixed with western instruments and styles. Minyeshu’s talent for composing exciting music and vocal arrangements while respecting traditional rhythms has resulted in this refreshing new album of Ethiopian world music.‘Tizita’ are special Ethiopian songs of love and sadness; the word ‘tizita’ is Amharic for ‘longing’ or ‘nostalgia’. Tizita songs are the Ethiopian equivalent of blues, Portuguese fado or Bosnian sevdah and are traditionally performed by story-telling musicians known as ‘azmari’, literally ‘one who gives praise’. Minyeshu performs a beautiful tizita on the title track ‘Daa Dee’ዳዴ (Baby’s First Steps), a soothing waterfall of layered vocal sounds, at once both beautiful and sad, encompassing the full essence of a tizita. On this track one hears traditional Ethiopian instruments such as the masenqo and the end-blown wooden washint flute, alongside western instruments including saxophone, drums, percussion, violin, bass, trombones, clarinet and piano. The words ‘Daa Dee’ are the sounds of encouragement that Ethiopian mothers makes to help their child take their first steps. 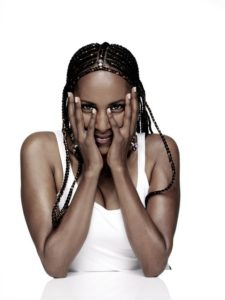 “For I forgot your kindness / For I ignored your hard work / And became a source of sadness / Forgetful of your precious advice / I ran from your embrace / Now I beg you, mother, please forgive me.”

Minyeshu was born under the Ethiopian sun in the city of Dire-Dawa, later moving to the capital, Addis Ababa, where she joined the National Theatre of Ethiopia aged 17. There she discovered ‘the father’ of Ethio-jazz, Mulatu Astatke and choreographer Tadesse Worku. Subsequently, Minyeshu had the golden opportunity to share the stage with some of Ethiopia’s great musical icons including Mulatu Astatke and singers Mahmoud Ahmed, Tilahun Gessesse, Bizunesh Bekele and many others. With the crème de la crème of the Ethiopian music scene, Minyeshu toured in over 35 countries and starred in ‘People to People’ which is recognised as one of Ethiopia’s greatest music and dance productions. 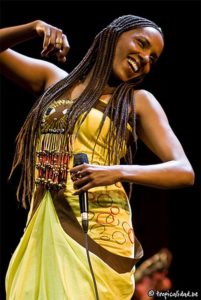 Inspired by these kindred souls who were making music, songs and dances by mixing outside cultures and styles from around the world with their very own deep-rooted Ethiopian traditions, Minyeshu’s lifelong dream was kindled. “I wanted to do what they were doing, I wanted to be like them. I had already reached

high levels of attainment with my choreography but my dream was to be an international artist, combining worldwide musical instruments with the Ethiopian cultures and styles I already knew so well.”

Minyeshu relocated to Europe in 1996, moving first to Belgium to further her career and from there to the Netherlands where she now lives and works. Finding a home is the theme for ‘Yetal’ የታል (Where is it?), the issues of relocating to a new culture, a new neighbourhood as the lyrics say,

“Love reigned in my body / Time soared in its heavy wings / Years passed by / But passing time couldn’t heal the broken / Even if I changed my house / Moving on to a different life / I can’t replace my home.”

While ‘Daa Dee’ contains songs of reflection, it is an album that marks a turning point in Minyeshu’s life – like a breath of fresh air – Minyeshu decided that the time had come to let go of past grievances and move on, “I was looking for a home, while all the time not realising I’m already home, home is me! I was inspired by life itself and all it has to offer – love, happiness, sadness, nature, gratefulness… etc. They are all home – they should all be embraced…” ‘Daa Dee’ portrays Minyeshu’s new-found views on life and finding her own first steps in this new collection of music expressed through a variety of upbeat tracks such as ‘Hailo Gaja’ ሀይሎ ጋጃ (Let’s Dance). ‘Hailo Gaja’ is a celebration of Minyeshu’s homeland: a song about love, dancing, singing and having fun, performed in the south Ethiopian style. Intertwined with songs of celebration are also those with deep lyrics about life as a woman, a mother and a daughter. ‘Enchet Lekema’ እንጨት ለቀማ (Collecting Wood) explores the hard times encountered by women carrying wood on their backs while walking down the mountainsides day in day out. Mourning over a long-ago-lost lover is reflected in ‘Anteneh’ አንተነህ (It is You!) but also the feeling of freedom, joyfulness, breathing in and out, finding peace within. 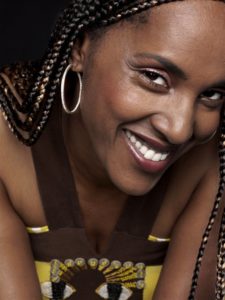 Minyeshu has carved an impressive name for herself in the Netherlands, Belgium and Germany as an exciting and dynamic world music vocalist and performer. Minyeshu was part of an international star line up at the 2nd Pan-African Festival in Algeria with Salif Keita and Youssou N’Dour and, in Senegal, performed at the launch of the World Festival of Black Arts (Festival Mondial des Arts Negres) where she joined African music ambassadors such as Angelique Kidjo, Baaba Maal and again, Youssou N’Dour.

Minyeshu is regularly invited as a guest performer for high profile social calendar events in the Netherlands including a Warchild charity event at Rotterdam’s Ahoy Stadium, where Minyeshu performed a duet with one of the Netherlands most successful artists, Marco Borsato. Minyeshu also performed with the Metropole Orchestra and Dutch Brass Ensemble at the Royal Concertgebouw in Amsterdam.

‘Daa Dee’ is Minyeshu’s fourth studio album to date, preceded by ‘Africa Unite’ (Mosaique Vivant, 1999); ‘Meba’ (Mosaique Vivant – 2002) and ‘Dire Dawa’ (Me & My Records – 2008). All the lyrics on ‘Daa Dee’ are composed by Minyeshu and all the songs are co-arranged by Minyeshu and keyboardist, multi-instrumentalist, Eric van de Lest. ‘Daa Dee’ is an inviting journey into Minyeshu’s world, both reflective and forward-looking, songs full of grace bearing a refreshing gratitude for everything this beautiful world has to offer.

Minyeshu will launch ‘Daa Dee’ at the #1 jazz venue in the Netherlands – Bimhuis in Amsterdam – on 21st November 2018 and the album will be released internationally through ARC Music on October 26th 2018.

‘Daa Dee’ was recorded at Daltoon Studio, Eindhoven, the Netherlands. 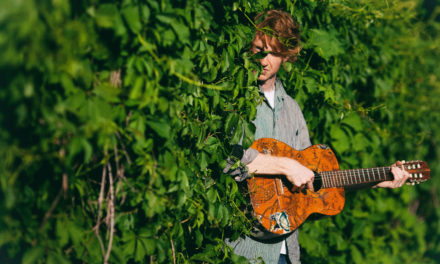 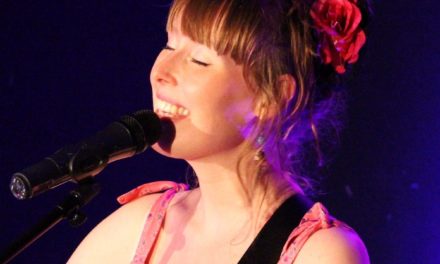 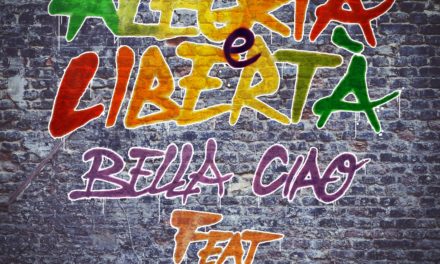 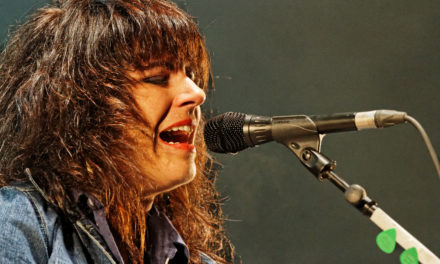